Languages: Politics and Practices
By
Shahid Siddqiui
Language plays an important role in the sociopolitical and education systems of a country. It acts as an important identity marker at the individual and societal levels and is thus a highly sensitive issue.

During the Pakistan movement when we were pleading our case that Muslims are a separate nation, the premise of the case was that Muslims had a different religion, different, culture and different language. In this case, Urdu was presented as a language associated with Muslims. Thus at the time of independence in 1947, Urdu was declared as the official language of Pakistan.


In the presence of Bangla and Punjabi, which were the languages of the two large communities in terms of population, Urdu, the language of a small minority, was chosen for two major reasons: first, its association with Muslims as an identity marker during the Pakistan movement; and second, its intelligibility across provinces. This decision sparked opposition in the then East Pakistan (now Bangladesh) where people demanded that Bangla be declared a national language together with Urdu. Unfortunately, the federal government showed a cold response to this legitimate demand.

The Bangla language demand gradually picked up momentum and turned into a violent movement, forcing the federal government to revisit its stance and grant Bangla the status of a national language, together with Urdu, in 1956. One of the factors in the separation of East Pakistan, however, as considered by many, was the unnecessary delay in declaring Bangla a national language. Though Urdu and later Bangla were declared as the national languages of the country, English occupied the elite status of the official language of Pakistan. Being the language of the masters, English enjoyed positional superiority and acted as a gatekeeper to the corridors of power – for eg, armed forces, judiciary and civil bureaucracy.
In Pakistan, a large number of schools belonged to the public sector where Urdu remained the medium of instruction. With the mushrooming of private English-medium schools during Zia’s era, a sharp stratification emerged that was based on socioeconomic factors. During Zia’s time, Urdu was used as a political slogan together with the slogan of the Islamisation of the curriculum. 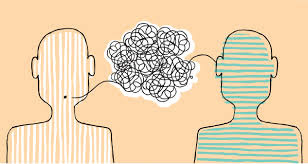 The political rhetoric of Zia in favour of Urdu was not backed by sound planning and preparation. On the contrary, a large number of private schools opened up that started attracting the masses mainly because they called themselves ‘English-medium’ schools. This trend of private educational institutions gained fresh momentum during Musharraf’s time when the private sector was encouraged to show its potential.
In the last two decades, the stratification between public-sector schools and private schools has further deepened. One major difference between these schools, apart from other factors, is the use of English. The perception of a good school in the masses is the one that can prepare their students to get A grades and enable them to speak English fluently.
Proficiency in English is considered crucial for a number of reasons including higher studies, obtaining jobs, and entering into the corridors of power through joining the armed forces, judiciary, bureaucracy, and multinational companies. Thus, it is considered an important tool for social mobility.
The ruling class in Pakistan would occasionally mention Urdu as rhetoric but there is no political will behind those slogans. In the recent past, the government has almost given up on public-sector schools and quality education is now increasingly associated with private schools. Interestingly, if one unpacks the notion of quality, English would emerge as a major distinguishing feature between the public and the private sectors.
Contemporary research signifies the role of the mother tongue in education. Some obvious advantages of the use of mother tongue in education at the primary level entail facility in concept formation, better performance on cognitive tasks, and confidence in one’s own identity. A number of countries that use their mother tongue have progressed remarkably.
Is Pakistan ready for that change? The answer is not that straightforward. As mentioned before, language has been used as a political slogan but no serious efforts were made to implement the announcement.
A glaring example is the 1973 constitution of Pakistan which was approved unanimously. It is stated in the constitution that English would be replaced by Urdu within 15 years. This deadline ended in 1988. Since then, 38 years have passed but we still do not see any signs of homework in this direction. As a result, the provincial languages in Pakistan like Punjabi, Balochi, Sindhi, and Pashto etc are getting marginalised.
The 1973 constitution permitted the provincial governments to develop their language policies but no steps were taken in this direction. Now, 72 years after independence, we see that English has gathered more strength and that our national and provincial languages have gradually lost their power. Unfortunately, there is no clear and documented language policy at the state level.
It is important that we realise the significant role of language in our educational system. A greater role of national and regional languages in education requires thorough planning, elaborate preparation, firm political will and a sustainable language policy.
The writer is an educationist.
Email: shahidksiddiqui@gmail.com
Publishes in The News: https://www.thenews.com.pk/print/435477-language-matters