The Pedagogy of Conformity

The Pedagogy of Conformity
Shahid Siddiqui
A major objective of education, which most schools of thought subscribe to, is the broadening of mental horizons, personal and societal development and emancipation from various ‘constraints’. 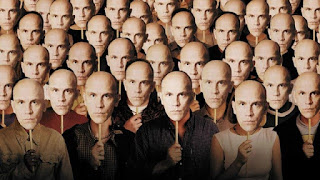 The debate about the role of education came into sharp focus after 9/11, when education was brought under direct scrutiny. Needless to say, a number of madressahs teach from archaic books and in an atmosphere of extreme pedagogy. In some, the style of teaching leaves minimum space for reflection, independent evaluation, tolerance and peaceful coexistence – values which are considered central to the spirit of Islam. There are only a few exceptions where curriculum and pedagogy encourage a degree of scepticism and disagreement.

While on the topic of madressahs and the bigotry associated with them, many of us tend to overlook the often skewed and tunnel-vision coaching in so-called elite schools that claim to impart modern education with a contemporary teaching apparatus. In the wake of neo-liberalism, privatisation and corporatisation flourished rapidly and turned education into a profitable business. Corporate education follows the assembly-line structure, and toeing the true spirit of neo-liberalism, focuses on the maximisation of profit, mass production and exploitation of labour. However, a significant component of the mass production model is the quality control of a product, which, in the case of our schools, is conspicuous by its absence. 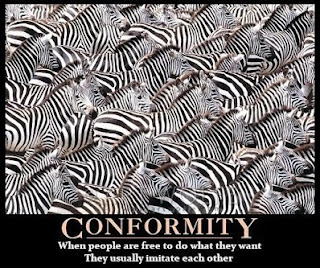 In a number of educational institutions, especially in school chains, conscious efforts are made to produce students of a certain brand. Some schools have made sure that, besides wearing a certain kind of uniform, the students use similar notebooks, stationery, school bags and other items.
At the pedagogy level, an interesting development has been witnessed in the recent past; teachers are handed down copies of pre-designed lesson plans which are prepared by the head office of the school.
The practice is based on the melting-pot approach where the pedagogy, decided by the powerful school head office, leaves no room for any diversity and expects teachers to dissolve their individual methodologies and merge with the command centre approach.
The desire to make teachers act and behave in complete unison with the headquarters is orchestrated by the ‘competent authority’, which denotes the centre of power that protects the interests of school owners and acts according to their desires. The faculty, in a corporatised model of education, is generally reduced to mechanical robots who work as instructed. Ali Shariati, a famous Iranian scholar and sociologist, says about such a robotic worker: “He becomes an instrument, simply a piece of equipment for production and his effort is confined to a monotonous job which he must do day after day and in doing, suspends all the characteristics which makes up all his personality.” 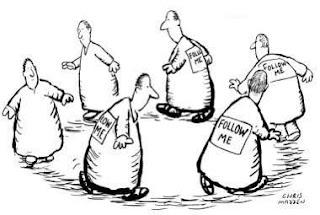 Should teaching be made so mechanical that personal freedom of creativity is compromised? Can teaching be etherised and sterilised to the extent that it becomes robotic, bereft of the element of personal reflection so that anybody can qualify for it? David Solway in his seminal book, ‘Education Lost’, comments on the nature of the teaching phenomenon, “…real teaching is a mystery, a rite, a drama, whose purpose is to establish the conditions in which a kind of transformation can take place in the mind of the students: from monotony to interest, from ignorance to understanding, from rote to memory, from repetition to curiosity, from description to cohesion”.
But the other aspect is that they see themselves as helpless consumers of knowledge as their only role is to implement set guidelines. Sadly, such structured, routine teaching is unable to produce students with critical thinking skills, and since teachers are discouraged to bring their individuality to their teaching, they also expect students to think within strictly drawn mental structures, making thinking ‘out of the box’ an unwelcome and unpardonable act.

We need to realise that one-dimensional teaching is bound to produce students with rigid and skewed thinking.

These teachers promote a society that doesn’t allow any difference of opinion; that discourages diversity, pluralism and creative initiatives. It was this kind of education which was the target of Ivan Illich in his book, ‘Deschooling Society’ – it fails to liberate minds, petrifies individuals and blinds them towards alternative possibilities.

And the worth of opposition or disagreement for constructive debate is devalued. Henry Giroux, in his book, ‘Border Crossings’, comments: “Oppositional paradigms provide new languages through which it becomes possible to deconstruct and challenge dominant relations of power and knowledge legitimated in traditional forms of discourse”. It is appreciation for this kind of an opposite viewpoint that is missing in the extreme versions of madressah and elite education.

If we are interested in an education that promotes critical thinking, reflection, tolerance for disagreement and appreciation for opposite viewpoints, we need to revisit restrictive pedagogical practices and give teachers more academic freedom to exercise their creativity. We need to realise that one-dimensional teaching is bound to produce students with rigid and skewed thinking.
The writer is an educationist.
Email: shahidksiddiqui@gmail.com
Published in The News: https://www.thenews.com.pk/print/453931-the-pedagogy-of-conformity