Joti: the kind light of Google

Joti: the kind light of Google
By
Shahid Siddiqui 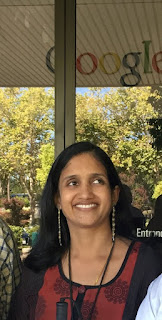 Sometimes in life's journey, we meet people for a while, but the impact of their personality remains with us forever. I met Joti, without any planning, and that too for a short time but it seems that her shadow is still with me. It was probably 2015.  I was invited to San Jose University of the United States and the stimulus of the invitation was Professor Mark Adams. I had arrived in Islamabad from Abu Dhabi in three and a half hours, but the journey from Abu Dhabi to Los Angeles was about seventeen hours. Mark was there to pick me up at the airport. Mark was a tall person and had an evergreen smile on his face. While traveling from the airport to the hotel, Mark was driving the car and was also telling me the details of the surrounding scenery.

He described the city of San Jose as the political, economic and cultural center of California's famous Silicon Valley. Over the past few years, Silicon Valley had added to positive reputation of California. That evening, Mark and I sat in the chairs outside a roadside cafe. It was a holiday and people could be seen loitering on the red-brick street. After a while a musician started playing guitar on the sidewalk.
People would stop for a moment in front of him, put some coins in his hat, placed on the ground and proceed. Then came the hot black coffee and Mark started telling me details about the Silicon Valley.  The next few days were spent meeting people in different departments of the University. One day I asked Mark: Is it possible that I could see Google's headquarters? Mark said: Sure. And the next day Mark and I were going to the Google headquarters. I had little idea then that during this trip I would be meeting a girl, Joti,
whom I will never be able to forget. 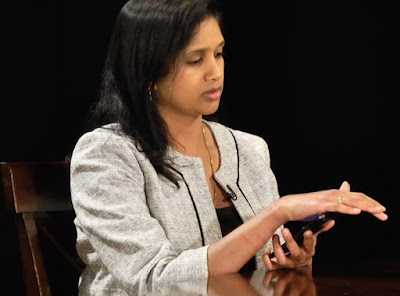 It was a bright August day and we were on our way to Google headquarters in Mark's car. This complex of approximately 26 acres of Google buildings is called the Google Complex. It is a complete city in terms of its vast space and facilities. Here you would find several types of restaurants'. There is a volleyball ground, a gym, game rooms, a boxing hall and a Bowling Alley.  The facilities of laundry, showers, and nap pods are also available.  To move from one campus to another there are colorful bicycles parked on the bicycle stands in front of each building. All of these colors are from Google. You can take the bicycles from one building to another and leave them there. I had cycled after many years that day and thoroughly enjoyed myself. Mark suddenly stopped in front of a building. He said, “Here an alumnus of our University works. Mark had told her yesterday that we would be coming to Google headquarters and we would like to see her. Mark informed on the phone. Soon a girl came to the glass gate. In appearance, she looked like South Asian. Lean slim body, a smile on her lips and big beautiful eyes on her face.

The door opened and she came out to greet us. I was shocked. She had a white stick in her hand which was helping her find her way. Mark said softly, she can't see. What? I said with surprise. Mark pressed my hand. By that time, she had reached us. She introduced herself. Her name was Joti. Now she was moving forward to her office and we followed her. We reached the elevator where the office was located. Sitting around a table, Mark introduced me to her and said that I came from Pakistan. She smiled and said to me: Hope you have a good trip and hope you like our city. Mark said: Joti is a brave girl of our University. But I wanted to hear the story of Joti from her. Before I could express my desire, Joti stood up and asked us: Will you like to have tea or juice? Then I felt like as if the finger of her hands could see things. She picked a tray, put different juices and biscuits in it' and returned with the tray. I said to Joti: “Mark told me you were a brave student at the University' would you tell me something about yourself? Joti said smilingly: “Mark says all this for my encouragement. 'I am just an ordinary gir,l born in a normal home' My parents came here from India. I was studying in San Jose State University'. Everything was going normal. I had set three goals for myself. First that I have to complete my degree in four years'.  Second, that I will score a good GPA 'and third, that I will not work on weekends and save them to meet my friends and relatives. But then all of a sudden everything changed.  One day when I woke up in the morning things around me appeared foggy.
I thought it was temporary and would go away with the passage of time and everything would be all right. But it persisted. Over the weekend I went to my parents and wo took me to the doctor. The doctor advised an urgent surgery.  But even after surgery I was unable to see things around me. It was a difficult phase for me and for my family but my family supported me during this hard phase. My father said to me, "Believe in yourself.  You can still achieve your dreams.” I learned braille for 6 months. My teachers also supported me.  I graduated with a 3.8 GPA in Information Management. 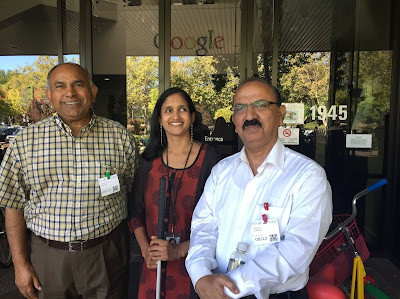 During this time, I had the opportunity to work temporarily at the University's Accessibility Center. After acquiring my degree, my father said, 'You write your job description yourself and send it to different companies. My brother gave my CV to someone at Google. It was a great day for me when I received an interview call from Google Headquarters. The interview was great. I mentioned that the experience I had qualifies me to work in the Accessibility field at Google. This kind of job wasn't in Google but I was selected and was told to work on my idea. It was way back in 2006 and now it has become a complete section here. Here I am the Program Manager and lead this section. I was listening to the story of this brave girl's struggle. I was looking at her face. A brave girl who had climbed a mountain of troubles and reached the place where many people dream of reaching. Joti’s story was so absorbing that we lost the track of time. And now suddenly we realized that we have been sitting there since long and it was time to leave now. I got up and asked this brave girl: Joti! Do you know what your name means? Seeing her silent, I said: Joti in Hindi means light. And you are the light that is illuminating the worlds of on so many people. She smiled upon hearing that, a smile reflecting satisfaction, gratitude, and pride. She came to the elevator to say goodbye to us. Then the door of the elevator closed and her face was hidden. It's been a while now, but it seems like yesterday. Sometimes in life's journey, we meet people for a while, but the impact of their personality remains with us forever. I met Joti, without any planning, and that too for a short time but it seems that her shadow is still with me.