Teachers as Intellectuals
By
Shahid Siddiqui 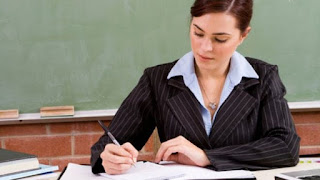 What makes an intellectual? Can teachers be considered as intellectuals? What role can they play to bring a change in society? These are some relevant questions to be discussed in the fast-changing national and international scenarios. A number of scholars, including Antonio Gramsci, Julien Benda, Edward Said and Ali Shariati, have tried to define the nature, status and role of intellectuals in society.

It was Gramsci who first focused on the significant role of intellectuals and devoted a chapter for this discussion in his book, ‘The Prison Notebooks’, which is an early critique of the notion of hegemony. Gramsci considers everybody an intellectual but there is a section of people who, because of their social status, are able to perform their role. He divides intellectuals into two groups – traditional intellectuals and organic intellectuals.

Teachers, like priests, are included in the group of traditional intellectuals. And then there are organic intellectuals, who work for the interests of different classes and enterprises. Gramsci considers social space an important factor for intellectuals. This social space gives them an opportunity to bring change in society by improving the existing social conditions.

Ali Shariati defines an intellectual as one “who is conscious of his ‘humanistic status’ in a specific social and historical time and space”. This notion of an intellectual is closer to that of Gramsci who suggests that anybody has the potential to become an intellectual. Ali Shariati, who himself was a university teacher, believes that a teacher is potentially an intellectual who can have an impact on the thought patterns of the young generation and contribute towards social improvement.
Edward Said in his book, ‘Representations of the Intellectuals’, refers to Julien Benda, widely known for his book ‘The Betrayal of the Intellectuals’, “who believes in a tiny band of super-gifted and morally endowed philosopher-kings who constitute the human conscience”. This view of intellectuals is narrow and skewed towards morality. In his definition, the role of intellectuals appears to be more abstract and idealistic. This notion of intellectuals entails a readiness for all kinds of sacrifices including crucifixion.

A point common to these scholars is their own practice as intellectuals. Gramsci, whose brilliance could have qualified him for any lucrative job, opted to be a journalist simply because working as one would give him more space, and allow him to have an impact on minds. Because of his provocative political writings, he was sent to jail for 10 years where he breathed his last.
Edward Said, a university professor, led a very active life as a teacher and an intellectual, challenging a number of prevailing stereotypes and inviting scathing criticism in return. His book ‘Orientalism’ critically analyses and challenges the artificially created basis of ‘positional superiority’. His allegiance to the Palestinian cause brought him criticism from different quarters but he stood fast against all odds and paid the price for the sake of his ideals.

Ali Shariati, who hailed from Iran, influenced a large number of students. He was such a popular teacher that his classes ran into hundreds of students. His popularity was a source of disturbance for Iran’s dictatorial forces under the Shah. Finally prevented from teaching, he left for London where he was found dead in his flat in mysterious circumstances.

Paulo Freire, a Brazilian educationist and activist, considered teaching a political act. He challenged the ‘banking concept of knowledge’ and advocated the need of critical pedagogy. He not only professed the ideas of critical pedagogy but in fact practised critical literacy with the aim of improving the fate of the people. Freire was also imprisoned by the government for his ideas. These are some contemporary examples of intellectuals who had an interest in education and who sought to practise their ideas and paid a price for them.
I
s teaching a political act as claimed by Freire? Should teachers be striving for change in society? There has been a growing realisation that education, like knowledge, is directly linked with power, and teachers, as central actors in the process of education, are involved in a political act. Education cannot be confined to neutral and objective conditions. Edward Said rightly suggests that, “Politics is everywhere; there can be no escape into the realms of pure art and thought or, for that matter, into the realms of disinterested objectivity or transcendental theory.”

The contemporary scenario of education, largely controlled by corporate organisations, in a direct or indirect manner, would promote a neutral, value-free and apolitical version of education where the teacher’s role is reduced to that of a mechanical worker’s. Ironically, intellect and intellectuals, by default, are associated with the dominant paradigm of the West. The need for local intellectuals is to understand their own people, milieu, and culture, and to be seen to practise what they profess. Importing foreign educational theories and trying to implant them in local conditions without any sensitivity towards the indigenous environment cannot improve social conditions.

Ali Shariati emphasises this indigenous perspective by suggesting, “A real intellectual is one who knows his society, is aware of its problems, can determine its fate, is knowledgeable about its past and who can decide about himself.” To bring a qualitative social change in our society we need teachers who can think out of the box, believe in education as a transforming force, and practise what they profess.

The writer is an educationist.
Email: shahidksiddiqui@gmail.com
This article was published in the News: https://www.thenews.com.pk/print/460289-teachers-as-intellectuals