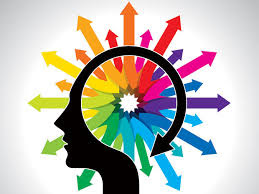 Power, being a complex concept, can be defined in different ways. One common attribute in different definitions of is control. Most of the time power is considered as the ability or right to control people or events. If we look at the history of mankind, we see people using force to demonstrate their power and control others.
There was a time when large fighting forces and deadly weapons were considered important conditions of power. We then see a change in the strategy as the focus shifted from large armies to more sophisticated weapon systems, espionage equipments and computerised weaponry. The urge, however, remained the same, controlling others by demonstrating power.


For a long time, the terms ‘control’ and ‘hegemony’ were associated with coercion ie use of force. Antonio Gramsci, an Italian thinker, however, offered an alternative view of hegemony in his seminal book, ‘Prison Notebooks’ written during 1929-35 in jail. Gramsci refers to two approaches to hegemony. The first approach to hegemony, according to Gramsci, is “through apparatus of state coercive power which ‘legally’ enforces discipline on those groups who do not ‘consent’ either actively or passively”. 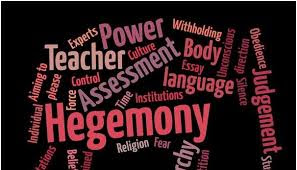 The second approach to hegemony is through spontaneous consent in which general directions are imposed by dominant groups on social life. “This consent is
caused by the prestige which the dominant group enjoys because of its enjoys because of its position and function in the world of production.” Hegemony through spontaneous consent is a clear reference to the discursive approach to hegemony which appears to be more effective than the coercive approach.
The discursive approach draws our attention to another defining attribute of power – influence. Thus we can see power as an ability to influence other people’s choices, behaviours and acts. Coercive power is usually used by the state ‘legally’ by exercising the authority vested in it. This suggests that ‘authority’ is a legalised version of power. 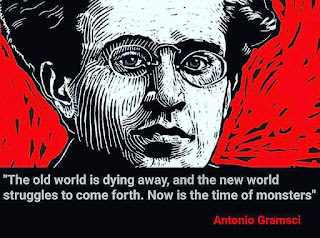 Steven Luke, in his work, ‘Power: A radical view’ (1974) discusses three dimensions of power. The first two dimensions refer to decision-making and agenda-setting. The third dimension deals with shaping ideologies, perception, and norms. Referring to the third dimension, Luke suggests, “Is it not the supreme and most insidious exercise of power to prevent people, to whatever degree, from having grievances by shaping their perceptions, cognitions and preferences in such a way that they accept their role in the existing order of things, either because they can see or imagine no alternative to it, or because they see it as natural and unchangeable, or because they value it as divinely ordained and beneficial?” This dimension of power is closer to what Gramsci describes as spontaneous consent.
Foucault also delves into the issue of power. In fact, his search started with tracing the history of knowledge when he realised the strong linkage between knowledge and power. Foucault discovered that with new knowledge and technologies new manifests of power and control are invented. Instead of using the traditional violent force and destroying the opponent altogether, modern technologies have different strategies to control.
In ‘Discipline and Punish’, Foucault describes the contemporary version of power, “…it defined how one may have a hold over others’ bodies, not only so that they may do what one wishes, but so that may do what one wishes, but so that they operate as one wishes, with the techniques, the speed and the efficiency that one determines. Thus discipline produces subjected and practiced bodies, ‘docile bodies’.” These techniques of knowledge and power were initially used in isolated institutions like prisons, factories, and schools etc but later on these techniques were used in other contexts as well.
The role of discourse is crucial in the formation of knowledge. It is the discursive formation of objects that can construct a certain kind of knowledge that leads to new techniques of power and control. Power, by contemporary thinkers, is not viewed as a product but as a process which means that it is not fixed or located in place; it is rather transitory and fluid and relational in nature.
In other words, power, as Foucault puts it, is relation which is structured by discourse. This suggests that the relationship between the powerful and powerless is not fixed and permanent. The once powerful can become powerless and vice versa in another moment in history. This has direct implications for the possibility of resistance.
Foucault in ‘The History of Sexuality’ makes a reference to the points of resistance available in the dynamics of power. “The strictly relational character of power relationships [is such that] their existence depends on a multiplicity of points of resistance: these play the role of adversary, target, support, or handle in power relations. These points of resistance are present everywhere in the power network.”
This view of power is optimistic in nature as it does not lump power in one location and views it as a static object. On the contrary, it looks at power as something scattered around us in different networks. There is a constant struggle between power and its adversary, and there are points of resistance available within the process of power for the act of resistance.
The writer is an educationist.
Email: shahidksiddiqui@gmail.com
Published in The News:https://www.thenews.com.pk/print/442847-what-constitutes-power