In the 9/11 commission report it was recommended that Pakistan should be given more financial support in order to improve its education sector. There was a concern that madressahs were generating potential terrorists through indoctrination and by constructing tunnel vision via their teaching. 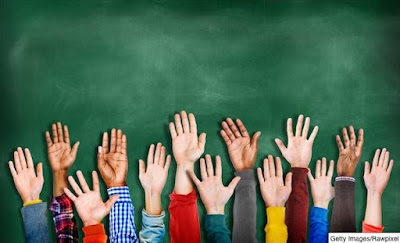 It is important to understand the term 'terrorism' before we explore the proclaimed causal relationship between education and terrorism. According to the dictionary, extremism is “a tendency or disposition to go to extremes or an instance of going to extremes.” Each expression, however, has a connotative meaning. This connotation, according to the French scholar Foucault, is provided by power.
According to him, power constructs, popularises and legitimises certain discourse which leads to a certain body of knowledge or social reality that in turn justifies the actions of that power. So, while we know the literal meaning of extremism, it is important what meaning is given to this expression by the ruling power and who according to that power can be dubbed as extremists.

It is interesting to note that the same set of people is considered terrorists by one group and freedom fighters by the other group. In the end, however, the meaning of that group dominates who has possession of the sources of production of knowledge. The definition of extremism and extremists keep on changing as and when the interests and needs of powerful groups change.

Extremism has various faces – such as religious or political. It also has multiple manifestations: t could be intellectual extremism, when a person has extreme views about a certain issue; extremism may entail action when extreme views are put into practice; and extremism, at times, can use violent means. Having looked at the types and faces of extremism, it is important to explore the potential causes.
The most important factor seems to be the denial of rights. This means the refusal of opportunities in the existing political, economic, educational and legal systems of the country. This amounts to refusal of access to social justice and economic parity. Here, we will be focusing on the educational system – which theoretically claims to realise the goals of emancipation, development, freedom and social justice.

The formal means used to dispense education is schooling. Thus, traditionally, schools were considered to be a powerful social institution to impact societal thinking. These expectations have been associated with school keeping as it used to enjoy the support of two other powerful social institutions – religion and family. We shall return to the changed status of the school in contemporary times later.

For now, let us look at the disturbing figures showing how educational opportunities are denied to a sizeable portion of our population. According to an estimate, 25 million children in Pakistan do not go to school. Around 35 percent of the students who do make it to school drop out by the time they reach class five. This is the second highest dropout rate in the world.

According to this report, the Millennium Development Goal of education for all whose deadline was set as 2015 could not meet the deadline. According to the existing pace, now this goal may be achieved by Punjab in 2041, Sindh in 2049, Khyber Pakhtunkhwa in 2064, and Balochistan in 2100. This scenario owes to the low priority given by the state to education, evident from the fact that the allocation for education has been decreasing for the last three consecutive years.

What happens to those who make it to school? In most of the mainstream schools, they are exposed to obsolete curricula, uninspiring textbooks, transmission-oriented pedagogy, and memory-based assessment systems. Thus the narrowness of thought cannot just be associated with madressah education; in fact, another kind of narrow mentality is being developed in the mainstream schools as well.

If we really want to use education as a tool for development and achieve the dreams of emancipation, we need to bring revolutionary changes which require an educational system that is based on transformation-based pedagogy, aiming at developing thinking, peace loving and tolerant human beings. The central question is: can our schools confront the challenge of eradicating social injustice and economic disparity which are the major causes of turning people to extremism? The answer to this question is not positive.
The reasons for that are multiple. First, the school has lost it strength as a strong social institution. Second, the media has emerged as a potent social institution that is capable of influencing minds in less time and on a larger scale. This has further dwarfed the role of the school. Third, the tremendous role of external social, economic and political forces contribute to the imbalance of the socio-economic parity.

Therefore, if we want to combat extremism just formal education is not sufficient; it is important to explore the non-formal and informal means of education and link school pedagogy with other social institutions including the media. The most important initiative to ensure eradication of extremism, however, is provision of equal opportunities to all through political, economic, educational and legal systems to access social justice.
The writer is an educationist.
Email: shahidksiddiqui@gmail.com

Published in The News: https://www.thenews.com.pk/print/467501-education-and-social-justice