My Refelections on Adhe Adhoore Khawab 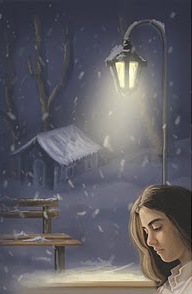 'Adhay Adhooray Khuwab' is an Urdu novel by Dr Shahid Siddiqui who he is a well known figure in the fields of linguistics and education. The writer has combined fiction and facts which gave a new form to his novel. 'Adhay Adhooray Khuwab' has delighted the readers since its publication with the story of Prof. Sahran Roay, a charismatic personality and an influential teacher. Adhay Adhooray Khuab is a portrayal of contemporary Pakistani society.  It is principally concerned with social change through education.  The writer has not only pointed out the loopholes in our educational system but also suggested some solutions to fill those gaps. All this is done in the form of an engrossing story in narrated in subtle manner.  The novel touches upon educational, political, sociological, philosophical, and love themes, inspiring a great deal of diverse critical commentary on various aspects of education.

In Adhay Adhooray Khuwab, the writer truly depicts his love for radical version of education.

The novel is essentially concerned with the role of education in a society, tapping the issues of  politics,  power, social conflicts and teaching and learning. The writer courageously points out the faults in the social, economic and educational systems and raises some fundamental questions about the power structures and values of the society. 'Adhay Adhooray Khuwab' contains several elements of social realism. The novel is also associated with idealistic debate that drives its plot and defines the essence of the protagonist, Prof. Sahran Roay. Professor Roy acts as a catalyst for all those students who aim to leave their mark in history by making the existing society a better place to live in. Prof Roy firmly believes that education can play an active role to bring revolutionary changes in society.  So does Imtisal Aga, a young enthusiastic student who considers Prof Roay as her mentor.  Imtisal shares with Prof Roay her passion for a vibrant view of education:
“Mujhe bhi taleem ke critical pehlu se dilchaspi hai. Ek esi taleem jo neutral aur passive na ho balkay mua’shray ke dil mein dharak rahi ho.”
Prof Roy holds that there is a strong linkage between education and ideology.  According to him:
“Taleem aur ideology ka aapas mein gehra ta’luq ha. Taleem ek qaum ko sula bhi sakti hai aur bedaar bhi ker skti hai. Ye mua’shray ki samaaji aur mua’shi tafreeq ko berha bhi skti hai aur kum kernay mein mua’ven bhi saabit ho skti hai.”
He strongly believes that basis of true friendship is the sharing of similar ideology.
“Yeh rishtay bhi kese rishtay hen. Jahan humkhayali, mohabbat, aqeedat aur dosti ki bunyaad banti hai aur manzilon ka ishtaraak humein rafaqat ki lari mein piro deta hai.”
Reading this book, I did come to believe that exceptional people with neither high office nor deep pockets but with palpable hunger to make the world a better place can make substantial contribution. When they have imagination and commitments they can accomplish great things -- and give very impressive results. Although Prof. Sahran Roay was martyred but his death could not wipe out his struggle rather he left an everlasting impression in the hearts and mind of his students. A number of instances show the philosophical bent of mind of the central figure which no doubt indicates as the mouth piece of writer himself
Khawahish apna raasta khud taraashti hai
Manzil apni raah ko khud janam deti hai
Aur tabeer apna khawab khud chunti hai

The graphic details, and pen pictures in the novel reflect the minute observations of the writer .  For instance: “Barishon ki awaz ki apni mosiqee hai jo apnay zor se ghatti berhti dil kay taaron ko chairty hai”.
To sum up it is a highly readable novel as the writer has successfully captured the sensibility of the contemporary society. As a creator cannot be separated from its creation so is the writer of the novel is into. In Adhay Adhooray Khuwab, the writer truly depicts his love for radical version of education. The central figure Prof. Sahran Roay , seems to be the writer’s role model  who practices critical approach in his teaching and influence his students for positive change in society.